The pear season in Germany starts in late summer. In autumn and winter pears are particularly sweet and succulent – enjoy trying the many varieties of this mild fruit!

Tipps from Herbert Hintner:
This recipe can be prepared for fewer persons by reducing the quantities accordingly.

When preparing the semolina mixture it is important not to remove it from the heat straight away when it starts to set but to continue stirring until a compact mixture is formed and it loosens from the base of the pan. Then allow the semolina mixture to cool completely before adding the eggs, otherwise the dumplings may separate when cooking.

Bring the milk, butter, sugar to the boil with vanilla pod. Add the semolina and cook until it loosens from the base of the pan (or when it just starts to set).

Remove from the heat and allow to cool completely.

Add the lemon and orange peel as well as the eggs and mix well. Then place the dough in the fridge.

Peel the pears, cut lengthways into two slices and use a corer device to remove the core.

Form dumplings from the dough and simmer in slightly salted and sweetened water for 10 minutes.

Lightly caramelise the sugar, then add the butter and 150ml water. Cool until all caramelised sugar is dissolved.

Add the pear slices and depending on the ripeness of the pears cook until softened but still firm to bite (circa 5-10 minutes). Remove the dumplings from the water and turn over when still hot in a bowl filled with cinnamon-sugar until they are completely covered.

Serve the pear slices on a plate. Place the semolina dumplings on top. Garnish with a dusting of icing sugar and mint.

Due to the lower acid content of pears, they are often much easier to digest than other pome fruit. Pears are especially rich in provitamin A as well as vitamin B1, B2 and vitamin C. They also provide us with minerals such as potassium, calcium, phosphorous and iron. As with many types of pome fruit, in pears the majority of the beneficial constituents are found beneath the skin.

Cinnamon stimulates the appetite and promotes digestion. The effect of this spice on the blood sugar level is being discussed – in some studies it has been found to reduce blood sugar. In Europe cassia cinnamon and Ceylon cinnamon is predominantly used in cooking. The cassia variety can be distinguished from the more expensive Ceylon variety in terms of appearance when purchased in its non-ground form. Cinnamon contains the flavouring agent coumarin which is suspected of causing liver damage if consumed in high doses. Persons susceptible should therefore use Ceylon cinnamon which contains less coumarin. 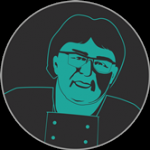 Herbert Hintner is chef de cuisine at Restaurant zur Rose and has been awarded a Michelin star among many other accolades for his traditional South Tyrolean cuisine, to which he adds his own creative new twist. It is particularly important to him to promote transparency and use regional products.
More posts by the Author »